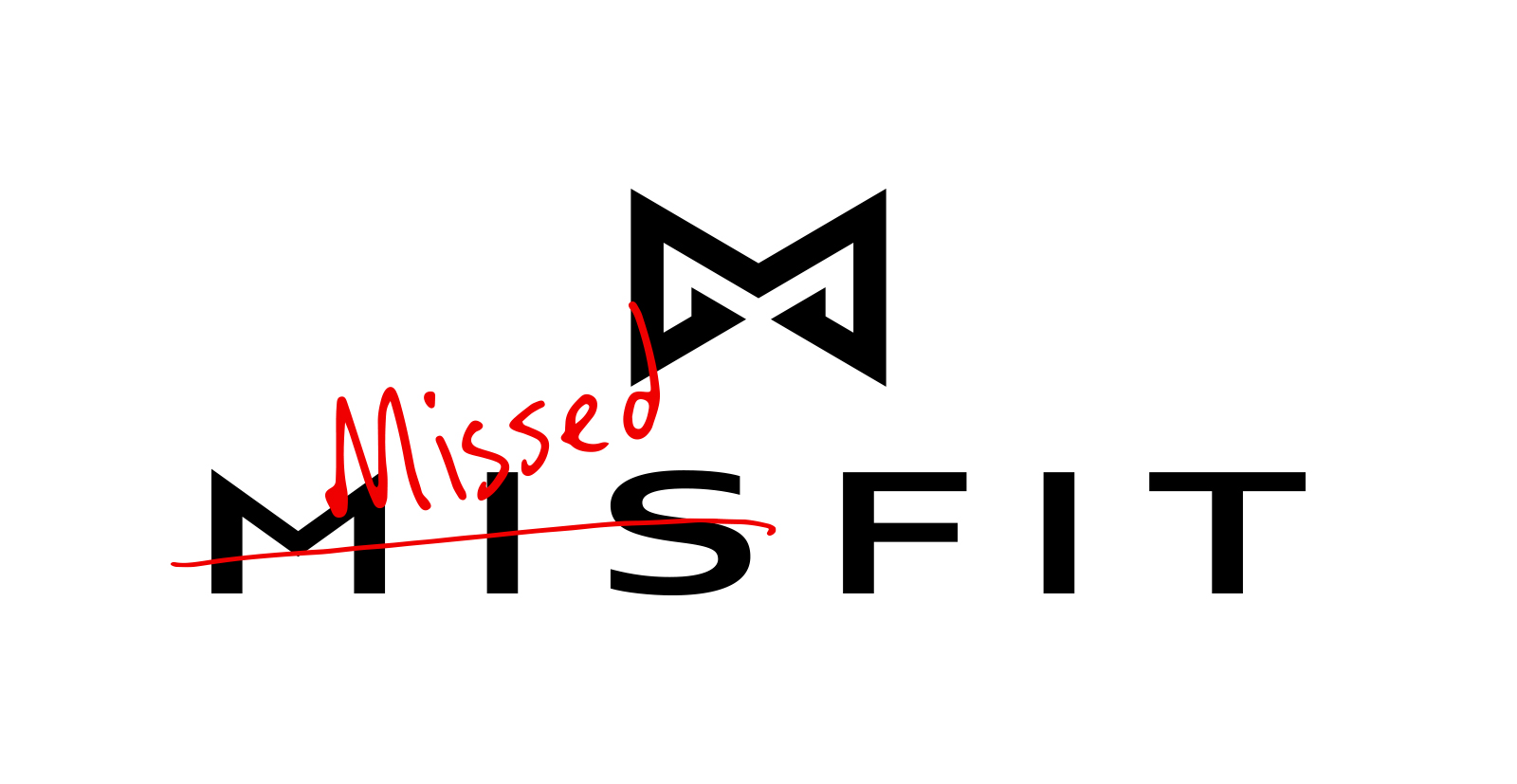 The Misfit Shine has gone dark for me. Literally. I am not even wearing it right now, because the battery died a few weeks ago (it is a non-chargeable wearable, one of my initial reasons for choosing it). I am now in a sort of forced break from my relationship with the Misfit, at least until I feel any sense of urgency to buy the battery necessary for bringing us together again. It’s okay though, I will be okay; this will give me time to reflect on our time together and maybe re-evaluate what I am looking for in a wearable partner and companion.

I think in order to truly know what I may be looking for in a wearable moving forward, I need to reflect on what I now know I am not looking for, or what didn’t work between me and, oh, let’s call her “Missy” (my misfit).

Missy was easy on the eyes. She stood out to me among the gaggles of other wearables. I thought we would pair well together. She clearly understood minimalism and good aesthetics — it was love at first sight. Yet, after a few months of being together, the novelty of the good looks wore off. I wanted more from Missy than just a pretty face; I wanted some substance, someone to challenge me and inspire me.

Looks are important, don’t get me wrong. If you are going to be wearing something 24/7, you need to like what you are wearing. It needs to fit your style. Also, for me, the reason I was initially attracted to the Misfit was because I got googley-eyed over the ‘make-up.’ As I became increasingly un-enamored with the outward appearance of the Misfit, I soon realized that when it comes to a tool, form is great, but the foundation needs to rely primarily in the function for it to be a long lasting relationship.

I need to be fulfilled in ways that are less superficial. I need more substance, as looks and style change (and newer, prettier things will catch my eye since I like well designed things). The core of the product or application should still be useful and hearty. It needs to make a connection with me, in deeper ways (mentally), that will increase longevity of the app use and keep me accountable on set goals or achievements that can be made from using it.

It didn’t take too long before I just lost interest in Missy all together. In fact, she became a nuisance. We probably would have stopped communicating altogether if it weren’t for other apps in my life (pacifica, curelator) that told me to keep with it. For those two specific apps, I just needed one data point with regard to how long I slept every night, and Missy was always better with numbers than I was. I think, over the last few months, the only times I engaged with Missy was around 9 p.m. every night to get that one bit of information (not a very rich relationship). I truly had no other reasons to interact with Missy at any other time of the day. I even stopped asking Missy what time it was, because it became more cumbersome to have to tap her on the shoulder twice, and she only told me the time in a sort of strange morse code.

The app as well as the wearable are not very engaging. I rarely had a reason to interact with either, which leads to the question of the purpose or use of the app in my life. It doesn’t really seem like it cares if I engage with it either way. It’s like we are both just sitting there thinking the same thing: Why are we still doing this?

Keep me engaged and on my toes. Give me reasons to use the application that are useful to my daily tasks and life. If we are to communicate, have it be fruitful and insightful and not feel like pulling teeth (i.e. tapping twice to get time and goal, syncing the watch when it often takes multiple times to sync, etc.)

You Don’t Know Me

It’s been six months and Missy acts like she doesn’t even know me! I am pretty transparent with my life and tell her as much as possible. She seems to retain the information I tell her (not sure how much is accurate though. I have a pretty poor memory, so I have no way to fact check or challenge her claims), but when it comes to giving me advice or enriching my life, she can only really rattle off facts that I can’t do much with. Dictionaries are nice, but I like stories better. I need a cheerleader that knows how I tick and what stories will keep me engaged.

The app records plenty of information and data on the daily, but now what? What should I do with this data? How will it help me make healthy choices in my life?

I need the app to take the data it is gathering and spit back at me more personalized advice and what I should do with the data. I would like it to learn how I tick and weave me a story from my behaviors it gathers to help motivate me with certain goals I may have for health.

I Think Missy is Just Too Immature

I have hopes for Missy in the future, but at this moment, I think wearables are just not quite where they need to be. I am in no rush to get a battery, but what could Missy do better to inspire me to be in more of a rush?

I am not sure what is in store for Missy and me in the future, but I hope the best for her if we never meet again, and I hope she makes someone else happy and healthy!

What wearable did you recently break up with and why?
Email me, let’s chat: rachel@fuzzymath.com